Overtime Rules are used to change the rate of pay for employee automatically based on the number of hours they exceed a threshold of hours worked during a period of time.

The 8/44 overtime rule, pays 1.5 times the employees basic rate when more than:

The 8/44 overtime rule will use two intervals to determine when overtime will be paid per-day and per-week. When you have completed the guide, the overtime rule should look similar to the one below. 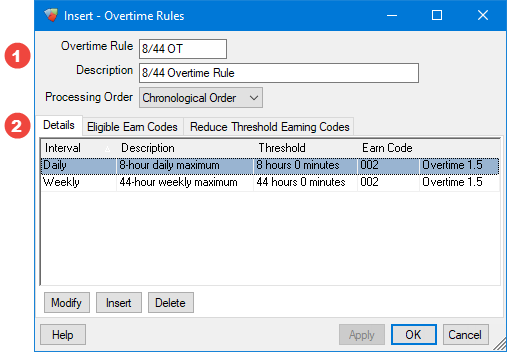 The daily interval should apply overtime pay when more than 8 hours are worked in any given day. 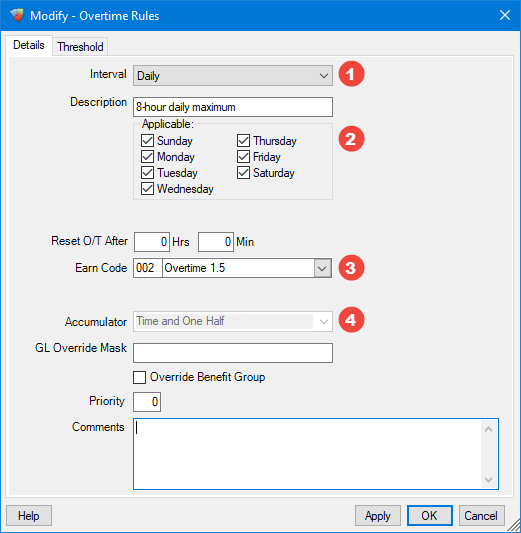 The weekly overtime interval will be setup much the same as the daily interval. The key differences are that the interval is setup as Weekly, and the threshold is 44 hours. 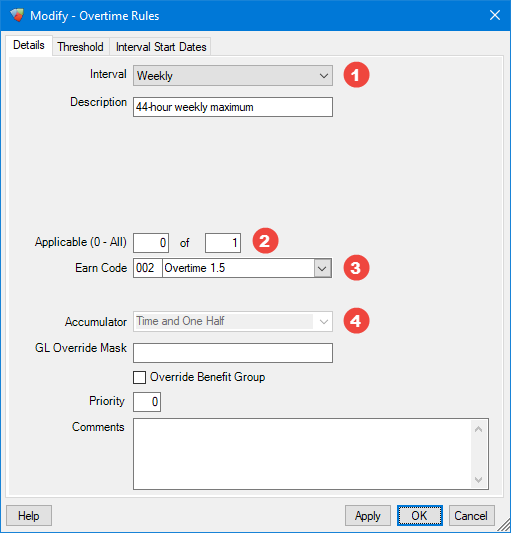 First day of the week

When an interval other than Daily it is important to know what day of the week will be the start of the interval. Conveniently, this can be reviewed from the aptly named Interval Start Dates tab of the Overtime Rule.

To change the interval start date: 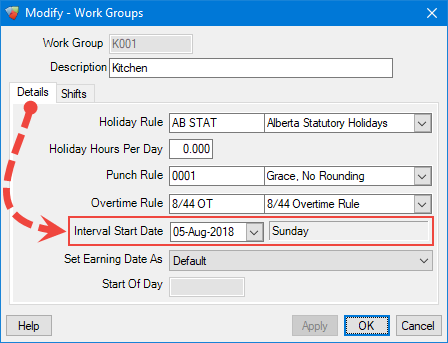 The last thing to do after creating an overtime rule is to apply it to a Work Group so that it can actually be used. Overtime Rules on a Work Group are automatically applied when Time Data is approved within Maintain Time Data. 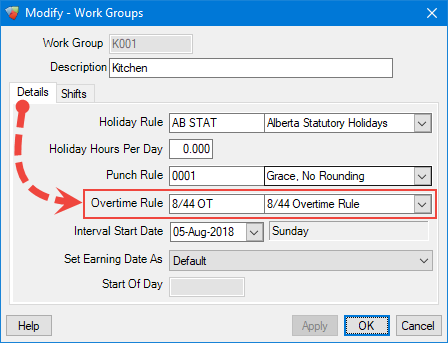 When time is processed from Maintain Time Data the overtime rules will be applied automatically.

The following weekly schedule contains two shifts that would qualify for overtime according to the 8/44 overtime rule.

When the time is approved in Maintain Time Data the overtime rules are applied and the overtime hours are generated automatically. 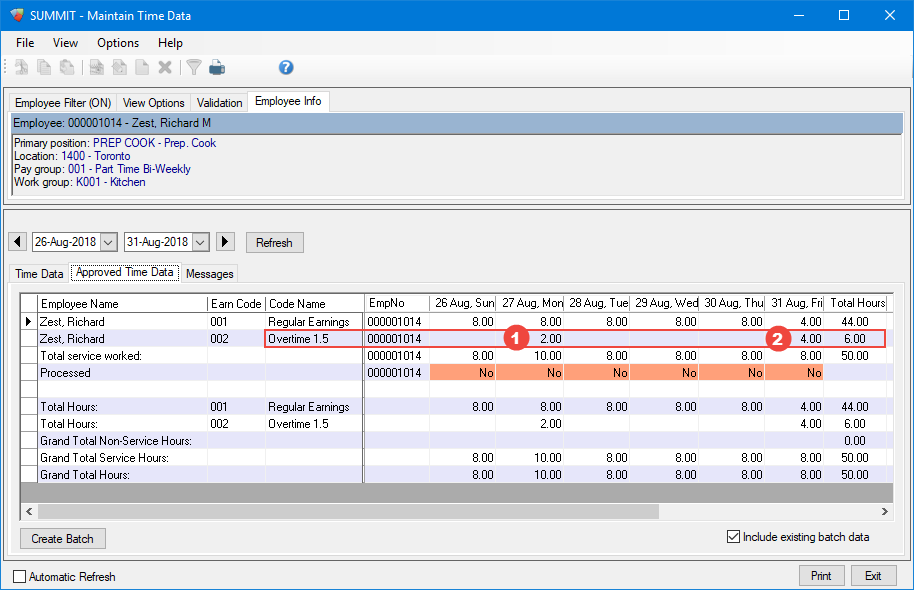 Overtime accumulators are used to keep track of which hours worked during a shift should be considered normal pay, and which should be overtime pay. Making things slightly more complicated is that within hours that are considered overtime, some of those hours may be paid at a higher rate than others.

For example, in British Columbia the overtime regulations (as of 2018) mandates two overtime rates for hours during the same day. 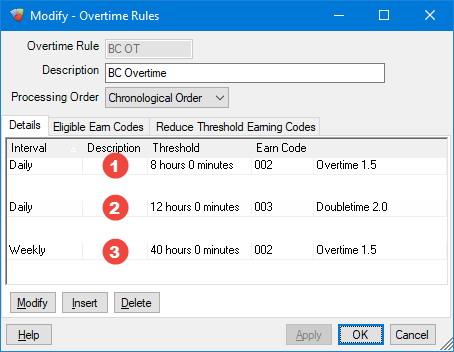 Below is an example shift that an employee worked 14 hours in total. The first 8 are paid as regular earnings, with the next 4 paid at 1.5 times, and the final 2 hours are paid at 2.0 times.